Inspired by a friend’s suggestion for a camping recipe (Thanks Karie!), I wanted to try to cook an entire entree in tin foil: Shrimp and Veggie Tin Foil Packets. Instead of one big pouch, however, each guest gets their own, so food is proportioned individually, grilled, then unwrapped at their place setting. 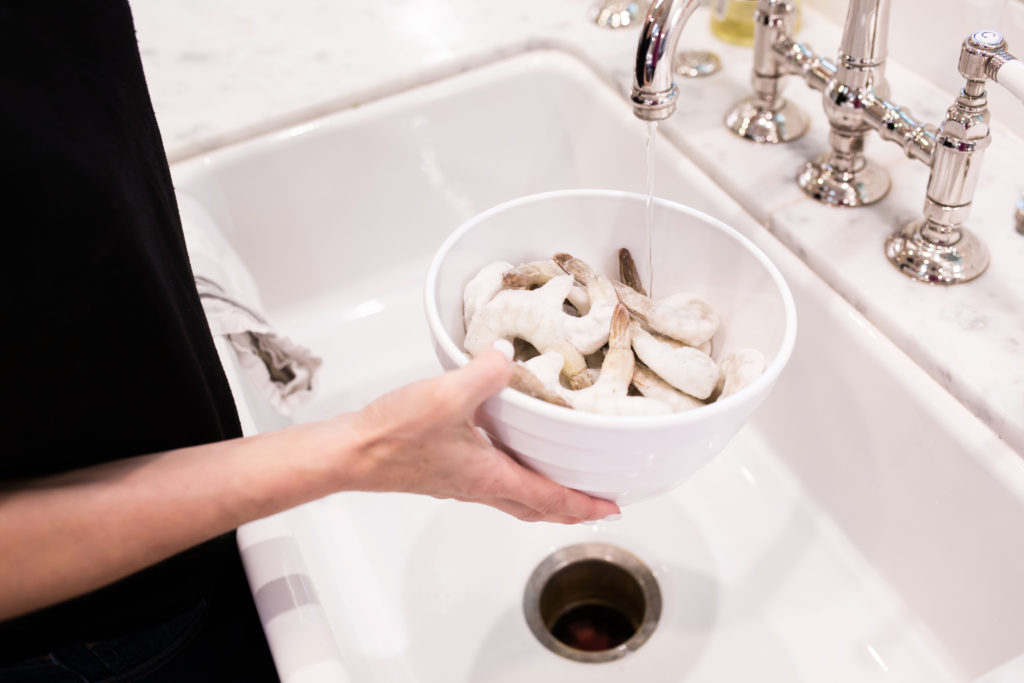 Start with raw jumbo shrimp – I like wild, deveined, tail-on from Whole Foods. They come frozen, but are easy to defrost in under 15 mins. 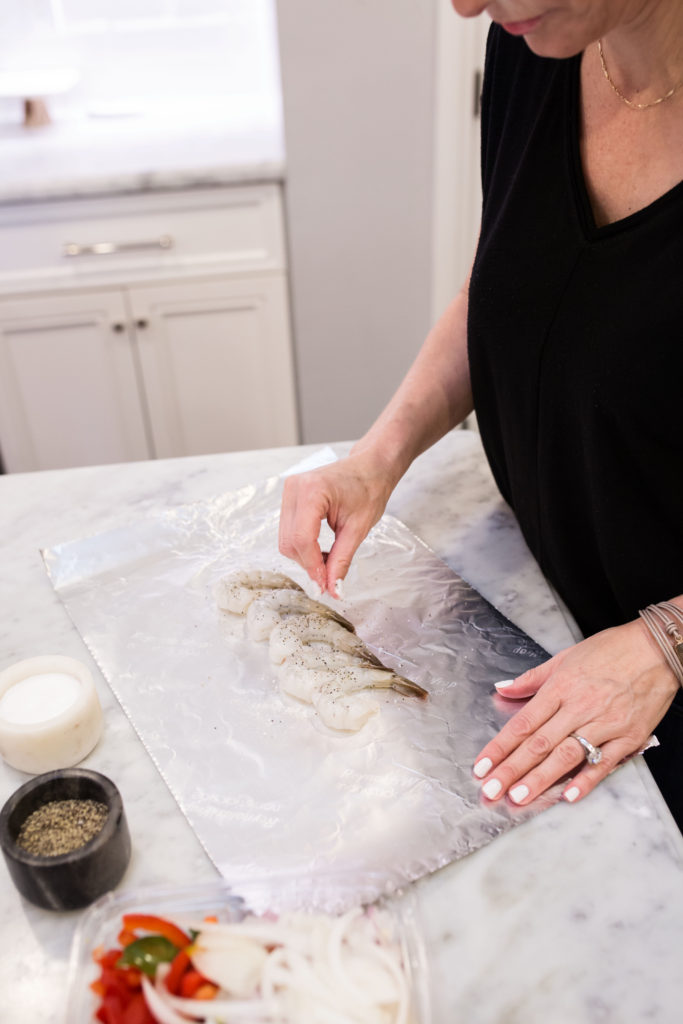 Make an assembly line of tin foil, then lay 5-6 shrimp on each, and season with salt & pepper 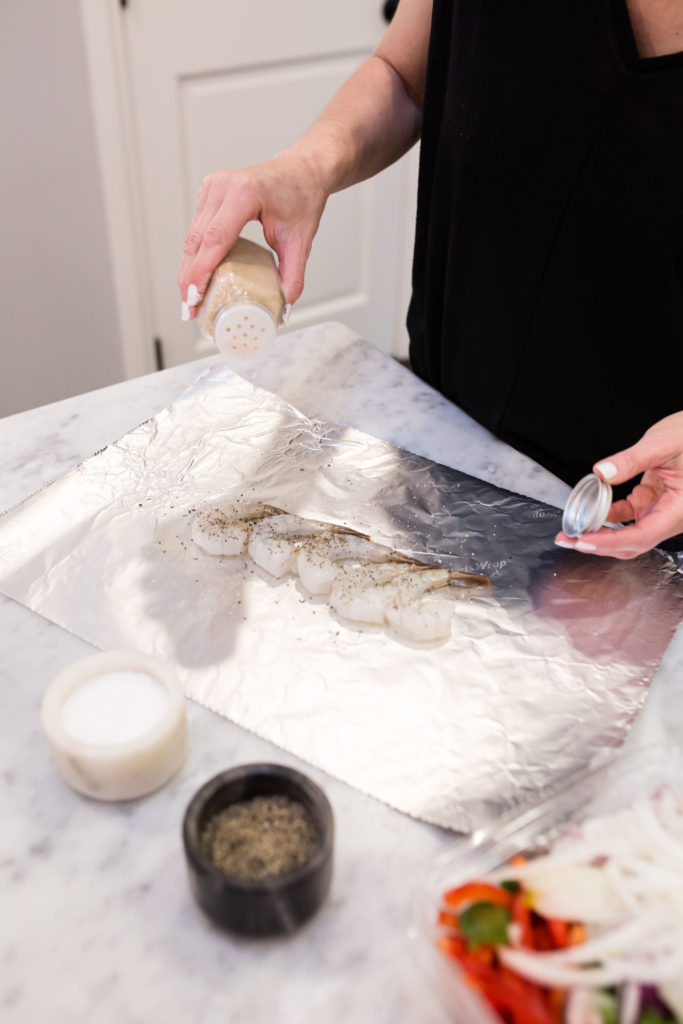 Add other spices to your liking: onion salt, garlic powder, dried oregano and basil, whatever you want! 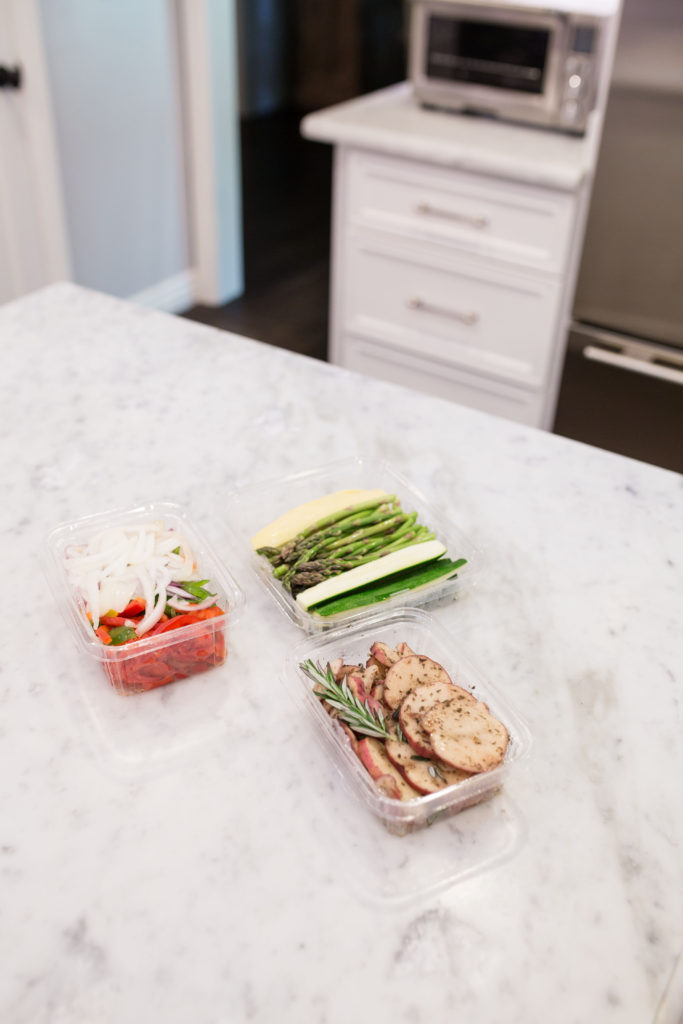 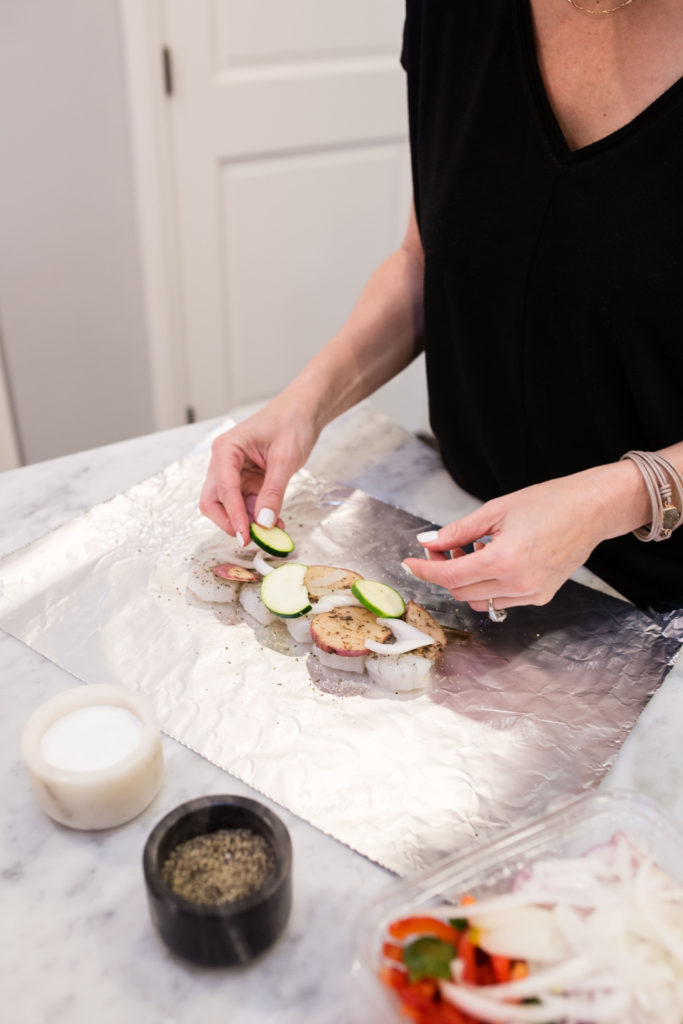 Layer the veggies on top of the shrimp 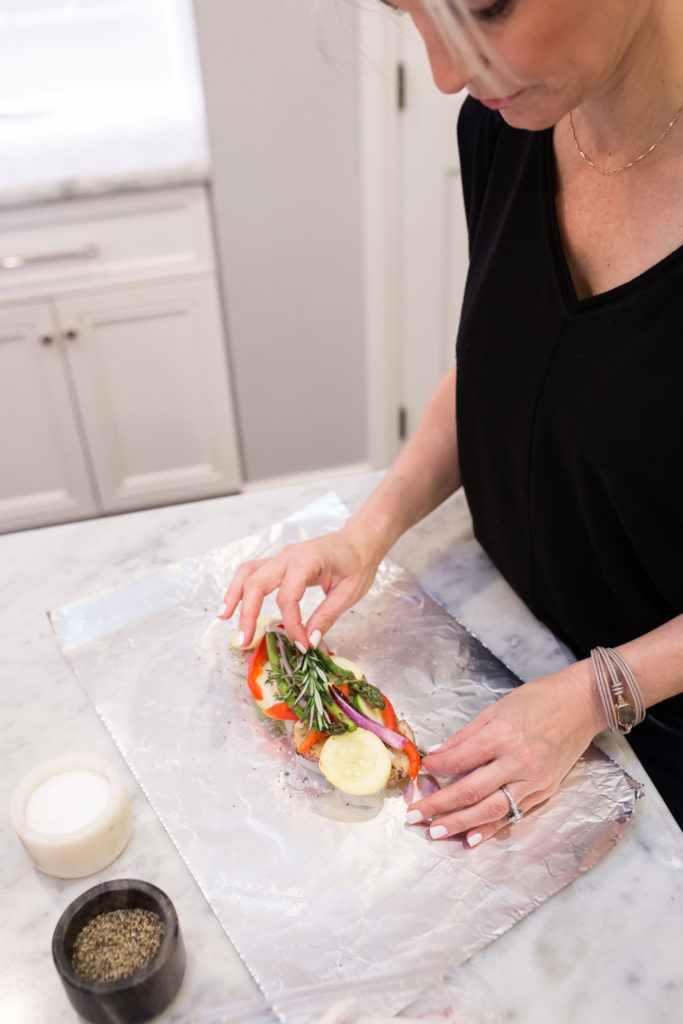 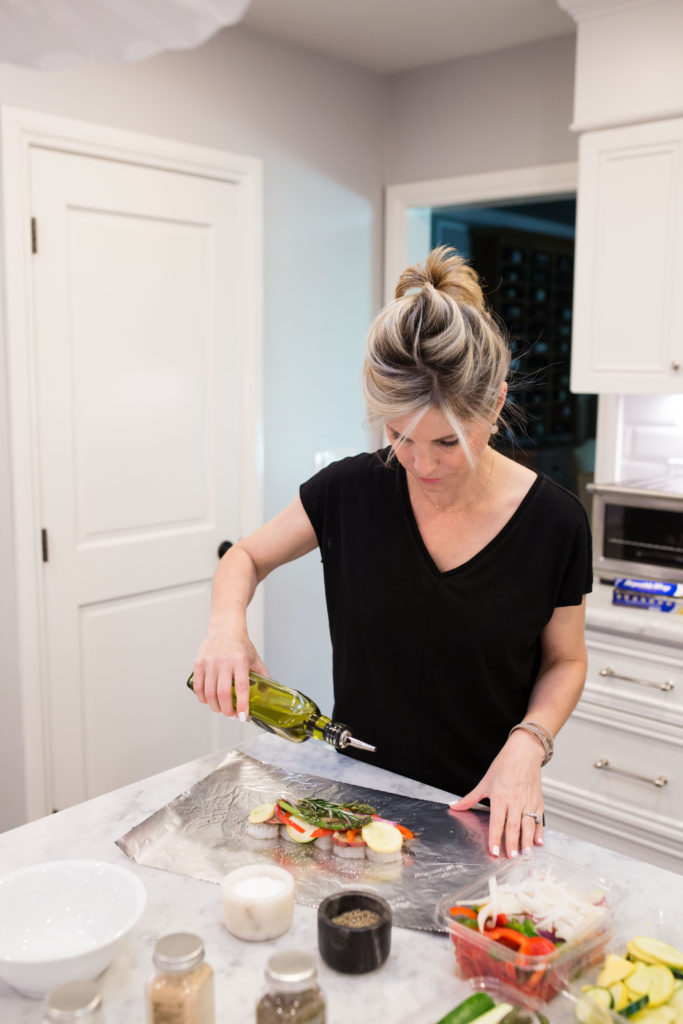 Drizzle with good olive oil and another pinch of salt & pepper 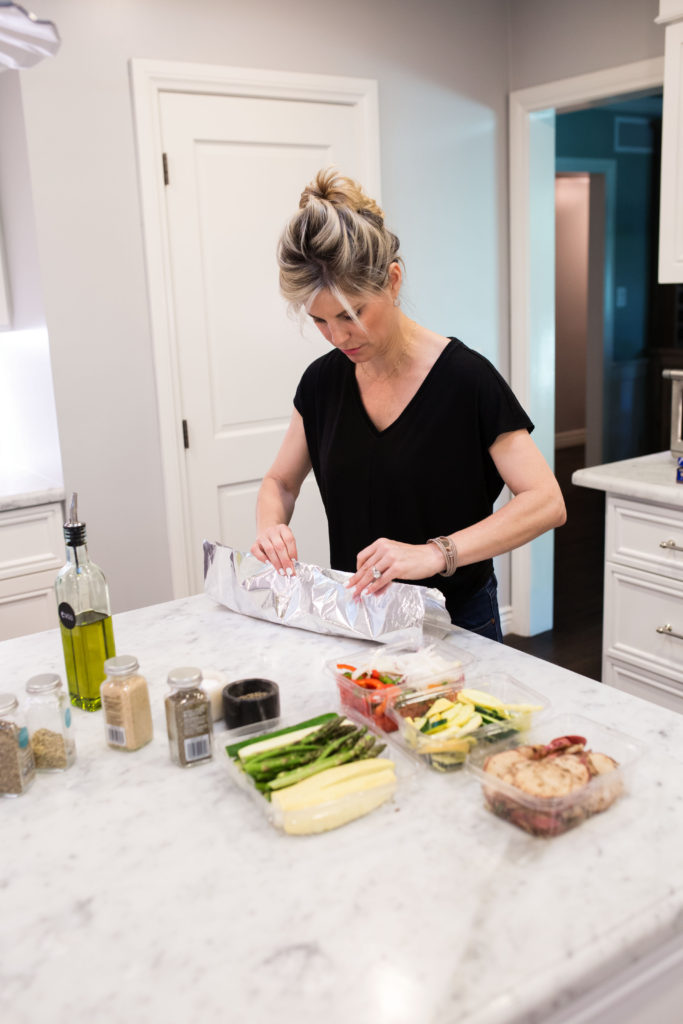 Now you’re ready to wrap up your packets! 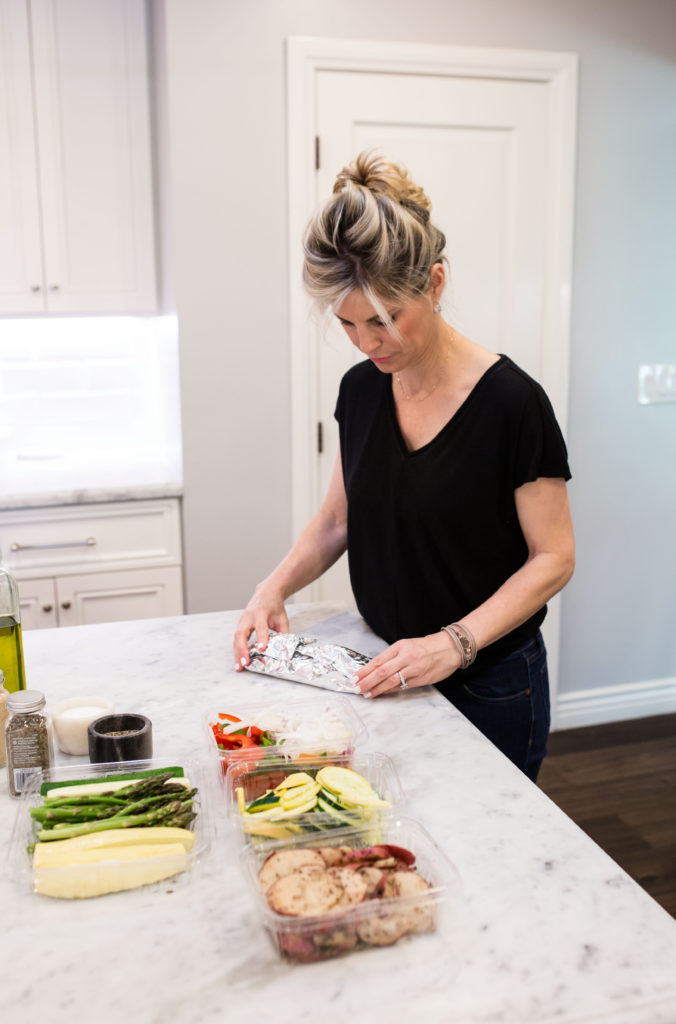 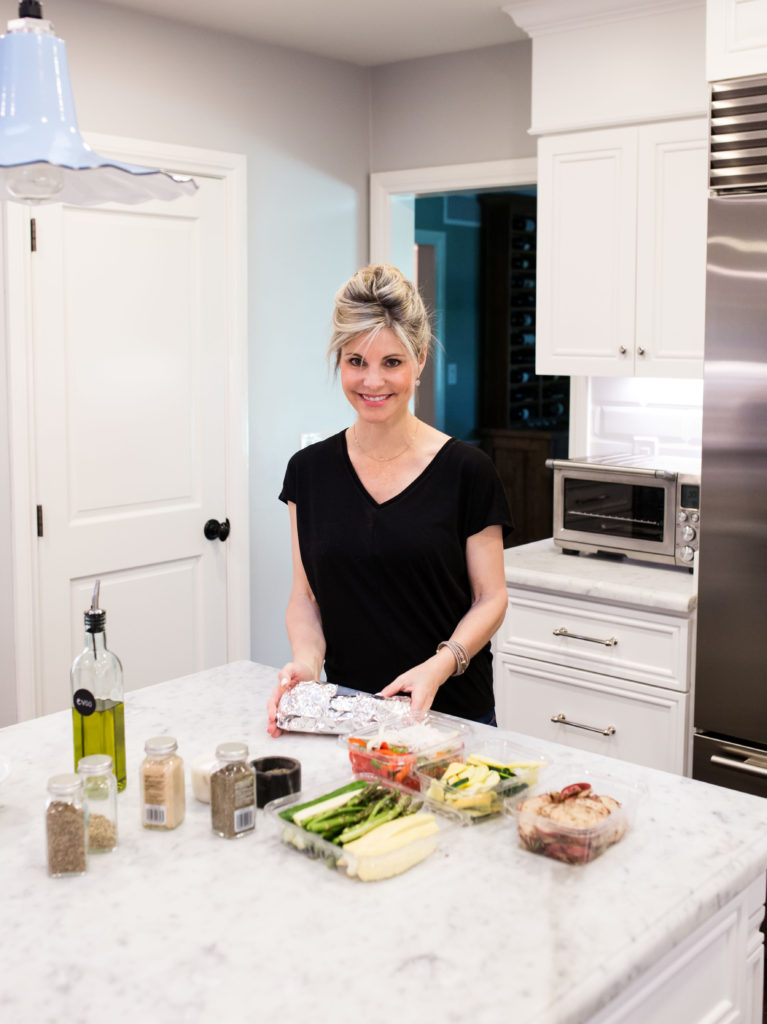 Packets are folded and are ready for the grill! 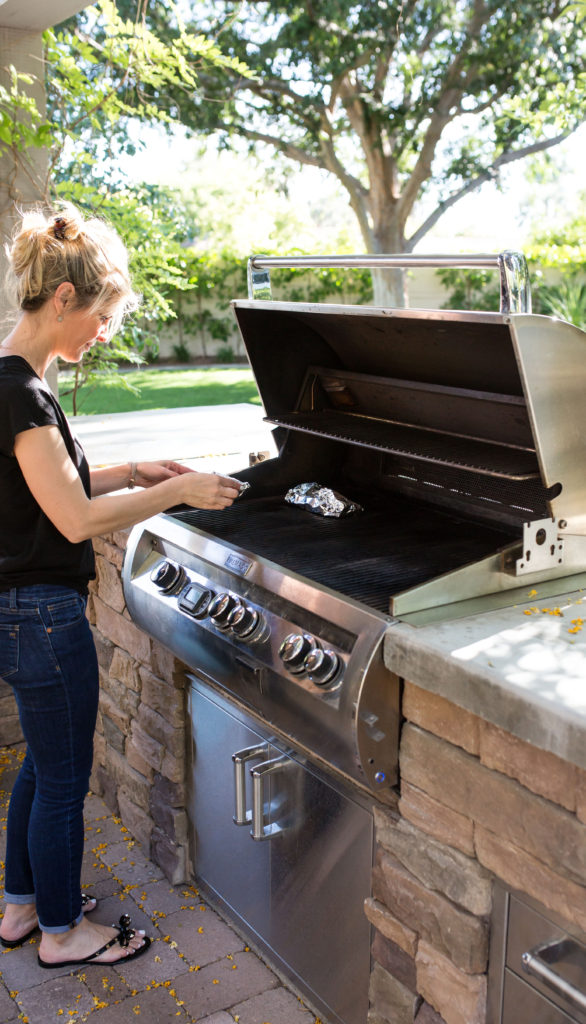 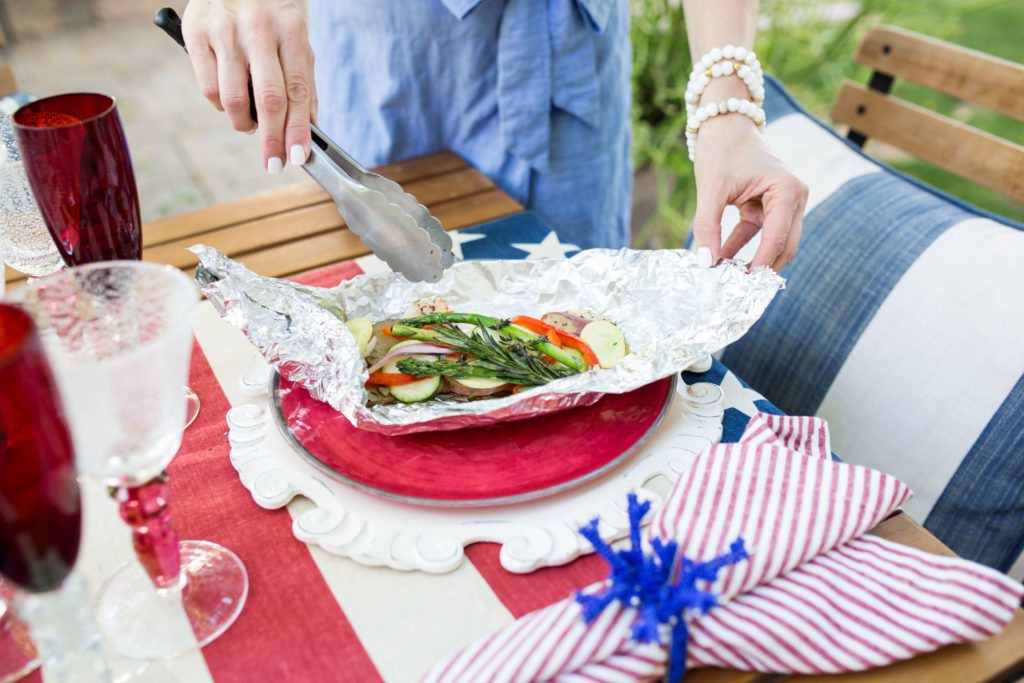 The final product: a beautifully steamed shrimp and veggie dinner that each guest can unwrap at their seat! 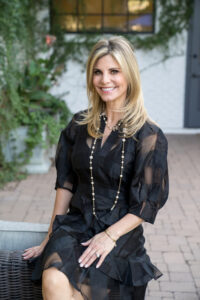 Hi! I’m Lory — wife, mom, amateur cook, lover of entertaining, and owner of too many napkins. Entertaining and hosting in Phoenix, AZ, where I call home.  [ Read More ]

Stay up to date with all the latest

To Have + To Host partners with affiliate platforms where commission may be earned based on purchases. I would love if you used the links above for any purchases made. Affiliate links help bloggers like me fund the ideas and content provided on our blogs.

Thank you for reading and following along!